Turin and the Vermouth

Each of our apartments is called after one of the most famous Italian Vermouths that characterized Corso Vittorio Emanuele II immediately after the First World War. In fact, at that time, the Corso was called “the great Vermouth street”: Carpano was at number 62, Martini & Rossi at number 42, and Cinzano at number 86. The brightly coloured posters created by Dudovich, Cappiello, Mauzan and later by Armando Testa stood out on the walls throughout the city, flooding Italy and the world and making Turin and Vermouth famous on an international level.

It was in 1786 when Antonio Benedetto Carpano, inspired by spiced wines of Roman times and by fortified wines spread in Europe in 1500, added Moscato di Canelli with spices and herbs in a store near piazza Castello in Turin. The result was very successful and the liquor shop where Carpano worked became the most popular place of the Piedmontese capital city. The choice of the name derives from German, where the term wermut means artemisia absinthium (wormwood): one of the plants used for the production of this aromatic wine.

Almost ninety years after the birth of Turin’s Vermouth, Punt e Mes was created. It is said that on April 19th 1870, a stockbroker, while thinking about the variability of the quotations of a stock, asked to the bartender of Carpano’s store to prepare a “punt e mes”, which literally means one point and a half. The bartender served him a point of sweetness (vermouth) and half a point of bitterness (china), thus Punt e Mes was born.

The base of vermouth is made of wine (at least 75%) white, rose or red, flavoured and fortified with a blend of natural extracts obtained from herbs (three of which must be present the Artemisia, whose flowered and dried tips are used) and spices. Sweetening can be given by sugar, grape must, caramelised sugar or honey. The amber colour is obtained exclusively by adding caramel.

To discover all the secrets of this product and to create your own version of it, we propose “Vermouth Experience” by Jo-In Tour Operator. You can book the experience directly at home in a private section designed just for you: call us for costs and details.

How to drink vermouth?
Our advices

Classic: in a nice art deco tumbler, on the rocks with an orange peel.

Appetizing: 40ml of Punt e Mes, juice of 1 orange, 1 bottle of Ginger Ale. Put some ice cubes in a glass suitable for long drinks, add the Punt e Mes, the orange juice and dilute with the Ginger Ale; garnish with orange slices.

Do not forget that vermouth is used in many international cocktails: the Negroni, the Manhattan, the Americano, the Milano-Torino. 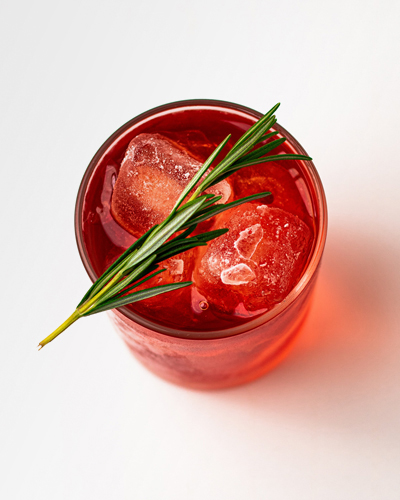